Why AMA Chicago BrandSmart Awards are Inspired by the Golden Ratio

American Marketing Association Chicago is currently calling for submissions to its 2020 BrandSmart Awards.

The inspiration for the awards is the Golden Ratio, a mathematical relationship between numbers that visually appeals to the eye – an idealistic marriage of art and science that amazingly and naturally satisfies the inner art critic inside all of us, especially to marketers who are often involved in projects that require both beauty and measurement.

The best 2019 brand marketing campaigns that call on that quality of the Golden Ratio — the coexistence of reason and creativity — should be submitted to BrandSmartAwards.org for consideration.

One of the most famous examples of the Golden Ratio is the Mona Lisa. It has been speculated that Leonardo da Vinci may have employed the visually satiating number in his artwork because of his illustrations of polyhedra in Divina Proportione (divine proportion).

Divina Proportione is a book that was penned by da Vinci’s collaborator Luca Pacioli in the 16th Century. The work dove deeply into the mathematical reasoning behind the Golden Ratio, honoring the harmonious relationship between reason and creativity, a method that AMA Chicago recognizes and admires in its BrandSmart Awards.

It is believed that Ancient Greek mathematicians were the first to study the Golden Ratio due to its appearance in geometry. The idea of the “Golden Mean” or the “Golden Section” has fascinated thinkers, philosophers, artists, scientists, and mathematicians for centuries.

The number has roots in the Fibonacci Sequence, where each number is the sum of the two numbers preceding. The Golden Spiral is derived from a Golden Rectangle, whose ratio is 1:1.618.

When you draw a square inside a Golden Rectangle, another Golden Rectangle is formed. This pattern can continue on and on, and when plotted, it forms the Golden Spiral (shown in the Mona Lisa painting). The simplified version of the rule, often applied in modern design and photography, is the Rule of Thirds.

Have you ever noticed the beauty of the spiral leaf pattern on a cactus or succulent plant? The spiral pattern follows the principle of the Golden Ratio.

What about the placement of the delicate petals of a lily or the spiral pattern of the head of a sunflower? These images of natural order also follow the principles of the Golden Ratio.

The use of the Golden Section in architecture dates back to the Ancient Greeks, and it has persisted into modern times.

Charles-Edouard Jeannette-Gris, who went by the pseudonym Le Corbusier, was a Swiss-French architect and designer who influenced modern architecture significantly and based his designs closely on the mathematical principles of ideas like the Golden Ratio.

In his book The Modulor, he writes about his model for design — the order of the natural universe, including the Golden Ratio, explaining it as:

… rhythms apparent to the eye and clear in their relations with one another. And these rhythms are at the very root of human activities. They resound in man by an organic inevitability, the same fine inevitability which causes the tracing out of the Golden Section by children, old men, savages and the learned.

We see the Golden Ratio influencing artists of all kinds, from da Vinci’s Mona Lisa to Salvador Dali. Dali’s The Sacrament of the Last Supper directly draws upon the divine proportion in both the size of the canvas and the geometry within that draws the eye to the painting.

Artists and thinkers throughout the centuries have recognized there is something to using the Golden Ratio in geometric art, which has even influenced modern cubism.

The harmonious relationship of art and science is something marvelous and worth exploring in many facets of life, including nature, architecture, art, and design.

We challenge you as marketers to find this harmony in your branding projects and know that many of you already have.

If you feel that a project from 2019 epitomizes this idea of combining reason and creativity, art and science, beauty and measurement, consider submitting it to the 2020 BrandSmart Awards.

The BrandSmart Awards ceremony will be held AMA Chicago’s BrandSmart 2020 conference on April 22 at UIC Forum. 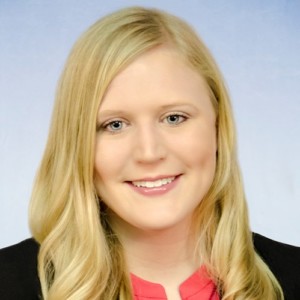