Winning the Name Game: How to Pick the Best Name for Your Brand

While marketers worry about their brands’ colors, designs and price points, naming products and campaign can be sometimes overlooked yet one of the most important decisions. A wrong name can make marketers’ jobs a lot harder, and in some cases, impossible to overcome.

American Marketing Association Chicago Chapter’s most recent workshop, “Winning the Name Game,” by branding expert Mollie Young, co-founder and principal of Minneapolis-based Nametag International, Inc., explained what makes a great name and how to avoid picking the wrong one.

“All of us have a feeling ‘I know it when I see it’ of a name or conversely, we want a name to do everything or be everything,” Young said. “But the reality is neither is true. The one thing a name should do and must do is spark interest to create that story to be able to make that connection to you, employees and customers, so they want to know more. That’s all a name can do, and it must do it well to be part of the rest of the brand initiative.”

Attributes of a great brand name

Young said there are five characteristics of a great name:

Where do great names come from? Young said that some of the most popular names started out in unique ways. For instance, Starbucks Coffee is named after a coffee-loving sailor, Starbuck, in the book, Moby Dick, while the candy bar Snickers is named after a horse owned by the Mars family, who owns the Mars, Inc. that makes the candy bar.

Many brand names are descriptive, meaning what you see or hear is what you get like with Sherwin Williams Woodstain or Tractor Supply Company. Another example is Bubly, a sparkling water brand.

The popcorn brand Orville Redenbacher surveyed customers, many of whom said they didn’t like eating popcorn out of a bag because it was too messy. The company created a bowl instead of a bad and called an Orville Redenbacher’s Pop Up Bowl, because it clearly described to customers exactly what the product is.

Another type of name is an image name that captures a spirit, feeling and emotion of a product to create a mindset for the consumer for B2B. For instance, when Bubly brought out a new sub-brand of caffeinated sparkling water, they called it Bubly Bounce.

The brand Chevy Trailblazer conjures up a powerful image of how it can be used, even if consumers never take it off road, Young said.

Other types of names like Swifter are based on what the product sounds like. This brand wants people to think of a broom, but one that cleans in a different way. It may sound like a broom, but it has been improved upon, Young said.

Purina Beneful is another example. Pet parents may feel guilty about being away from their pets all day. So Purina built a brand that could appease the guilt. Beneful is colorful, multi-shaped and has texture, which doesn’t matter to dogs, but it appeals to people.

Young said it’s important to make sure your name is appropriate when translated into another language.

Toyota found that out the hard way when it named its Toyota Fiera. When it tried to sell its cars in some other countries globally, sales in some countries weren’t as robust as expected. After researching the problem, they found out the word “fiera” sounded like a slang word for an ugly old woman. 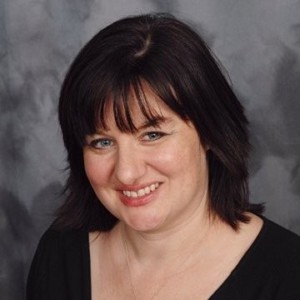