Lessons from The Science of Great Storytelling

Everyone has a story to tell—that’s the central message that Bruce Williamson, Chief Marketing Officer of Lavazza Professional, shared to a rapt virtual audience during a recent American Marketing Association virtual workshop called The Science of Great Storytelling.

Over his 16+ years in marketing, Williamson has mastered the art—and science—of telling stories.

During the workshop, he taught that stories could accomplish everything from engaging with customers to spurring internal changes and bringing teams closer together.

Legacies are built on stories

“What you leave behind in work is actually stories,” Williamson said.

As business-people, we may not think of ourselves as storytellers and legacy-builders, but Williamson is confident that everyone has a story to tell. He explains that the best leaders, regardless of their field or industry, leave behind much more than just results. They create long-lasting legacies.

Williamson has personally studied and profiled over 600 leaders and compiled hundreds of stories.

His data is startling. Only one in three leaders impart a positive legacy, while one in five creates a negative legacy for themselves. Shockingly, 50 percent of leaders leave behind no legacy at all.

Williamson shared this secret: the best leaders are gifted story architects. He said they “proactively knew the stories that their people, clients, business, and brands needed. They saw moments as opportunities in the future to tell a story.”

One of the most powerful examples of this kind of storytelling came from a janitor at a hospital. Day after day, he did his job—cleaning, mopping, wiping down surfaces—feeling that his job was menial and of little importance.

“But then my new boss said something to me that changed everything: doctors diagnose, nurses treat, and cleaning staff prevent (diseases by removing bacteria),” Williamson said. “And I got on a bus that day with my head high and proudly told me kids over what my ‘new job’ was.”

Using a simple story, his boss empowered him and gave him a renewed sense of purpose.

In other words, the vast majority of our brain activity takes place at the subconscious level, which is ruled not by complex, analytical thoughts but by emotions, senses, and memories.

That’s because stories affect us on a very deep level—much deeper than information presented in a non-narrative format. Why is that?

According to Williamson, the impact of stories is evident in the architecture of the brain itself. With the help of magnetic resonance imaging (MRI), scientists have conducted studies where they actually mapped a subject’s brain while the subject listened to a story.

What they discovered is that stories light up seven key structures of the brain—some of them quite primitive.

Facts and figures, on the other hand, only illuminate two structures of the brain. That means stories resonate with us on a deep, primordial level—probably because our ancestors grew up listening to stories on the ancient plains.

Williamson says that the first stories were paintings on a cave wall.

Those simple paintings taught our ancient ancestors how to survive and thrive in an otherwise wild and dangerous world. Depictions of prey animals and predators and the changing of the seasons served as important guideposts along the evolutionary road.

Humanity’s eons-long relationship with stories means that, to this day, they are near and dear to our hearts.

Every hero needs a guide

Not all stories are made alike, but they share a couple of key similarities that modern marketers should be mindful of. These stories have ancient archetypes, like “Goliath Must Fall” and “At the Crossroads” but live on as the backbone of most modern-day stories, from works of fiction to modern marketing campaigns.

When harnessed properly, they have a powerful relevance to marketing and business management. Stories provide businesses with a competitive advantage because they “build culture, build reputation for their brand or team, build an army of change agents,” he said.

As a leader, Williamson explains that he often begins projects with a story. The story not only maps out his team’s goal and how team members will achieve it but also motivates the team by putting them front-and-center of the narrative.

In this way, Williamson elevates his employees as heroes in an upcoming adventure. On the other hand, Williamson plays the role of mentor, offering valuable support and encouragement to his staff as they fly over hurdles and overcome challenges on their road to victory.

One of the most powerful story archetypes is called the hero’s journey. It tells the story of someone who takes a leap of faith to begin a perilous journey towards greatness. But they can’t do it alone. In order to accomplish their goal, they need a mentor.

Everyone wants to be the hero of their own story; it’s your job as their leader to be the guide.

Storytelling is an ancient science, evident in everything from early paintings on cave walls to the very architecture of our brains. In the modern context, stories are a versatile and effective resource for the business world.

Put simply, people—whether they’re customers, colleagues, or entire companies—respond better to stories than quarterly reports or office memos. Why? Because reports don’t turn the reader into a hero, and they certainly don’t motivate people to cast off their insecurities, seize golden opportunities, and catalyze others to be a force for change.

At this point, you may be asking, “what comes next?”

Simply turn the page—your story is waiting to be written!

Sign up for AMA Chicago events  that occur throughout the year or  join AMA Chicago today. 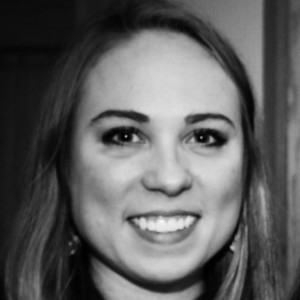 Christine McKenzie is the Director of Content Development at Built-Right Digital, a digital marketing agency based in Naperville. Built-Right provides home remodelers throughout the U.S. and Canada with custom websites and digital advertising campaigns. Outside of her role at Built-Right, Christine also enjoys freelance writing about information technology and cybersecurity.